System Mechanic aims to make your system faster by eliminating the trash that is usually accumulated in the Registry and on your hard disks. Writing a review about a system optimizer is always a hard task as the procedure of optimizing your PC is rather controversial itself. The fact is that messing with the Registry usually entails the risk of rendering our system inoperative. So, trying an optimizing program just a few times is not enough to validate its usefulness.
Due to this problem, it is always a good idea to check up what others say about an application of this type and enrich it with your personal experience and opinions about it. In this case, regardless some negative opinions about older versions of System Mechanic, most specialized sites and online magazine agree that this software is nice.
When I first tried this application, it was able to find some problems and, apparently, fix them. From then on, it has been performing regular scans and alerting me about the errors found. So far, my system is alive and well, which is a good sign. However, I have not noticed any improvement on my system’s speed, but I have to admit that perhaps it was not so messy after all.
In several ways, the interface is similar to those of other system optimizers, which will make it easier for you to use. You will find a panel on the left where available functions are grouped under such headings as Dashboard, ActiveCare, Internet Security, Toolbox and Reports. So, Dashboard shows an overview of your system status, provides a list of errors and lets you fix them. There is also a button to update the program’s algorithms from the developer’s site in the same way you update your anti-virus program’s definitions, a feature I find particularly interesting as it is not available in other similar software. ActiveCare helps you automate tasks is a very easily by simply switching on or off the desired operations. Internet Security checks your antivirus and firewall status and issues a report about that. Toolbox comprises multiple tools: some of them are called all-in-one tools as they take care of various problem areas at the same time, while the rest is made up of individual tools for specific problems or functions, such as ensuring personal privacy and managing add-ons. Although there are breadcrumbs to ease your navigation through the program, they may take a while to discover them as they are somewhat unnoticeable.
In general, System Mechanic is a well-designed set of optimization tools that seems to carry out the tasks it has been designed for. Luckily, there is a free version that works without time limitations and performs all the basic functions, but you can also pay for the full version and get access to a lot of other advanced features. 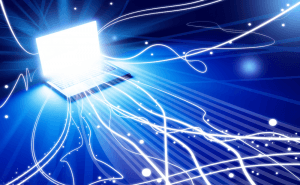 How to Maximize Your Computer's Performance

Set of tools that help you keep a clean and fast system.

Set of tools to optimize and clean up your PC.
FREE

Keep your Windows registry clean and get rid of all unnecessary files.

A collection of tools to optimize and clean your PC.

Scan your system to detect and delete junk and unused files with this program.
FREE

Thank you for rating the program!
Please add a comment explaining the reasoning behind your vote.
4 comments

Guest It does what it says with stability.

It's not free, but it worth the money.

Guest Really good interface, but poor quality. The firewall doesn't work properly, the antivirus doesn't update, junk and registry scanners miss many errors or garbage files and so on. It used to be great in early versions, around 1999. There is so many free programs out there now that perform much better than this one. It's a real shame.